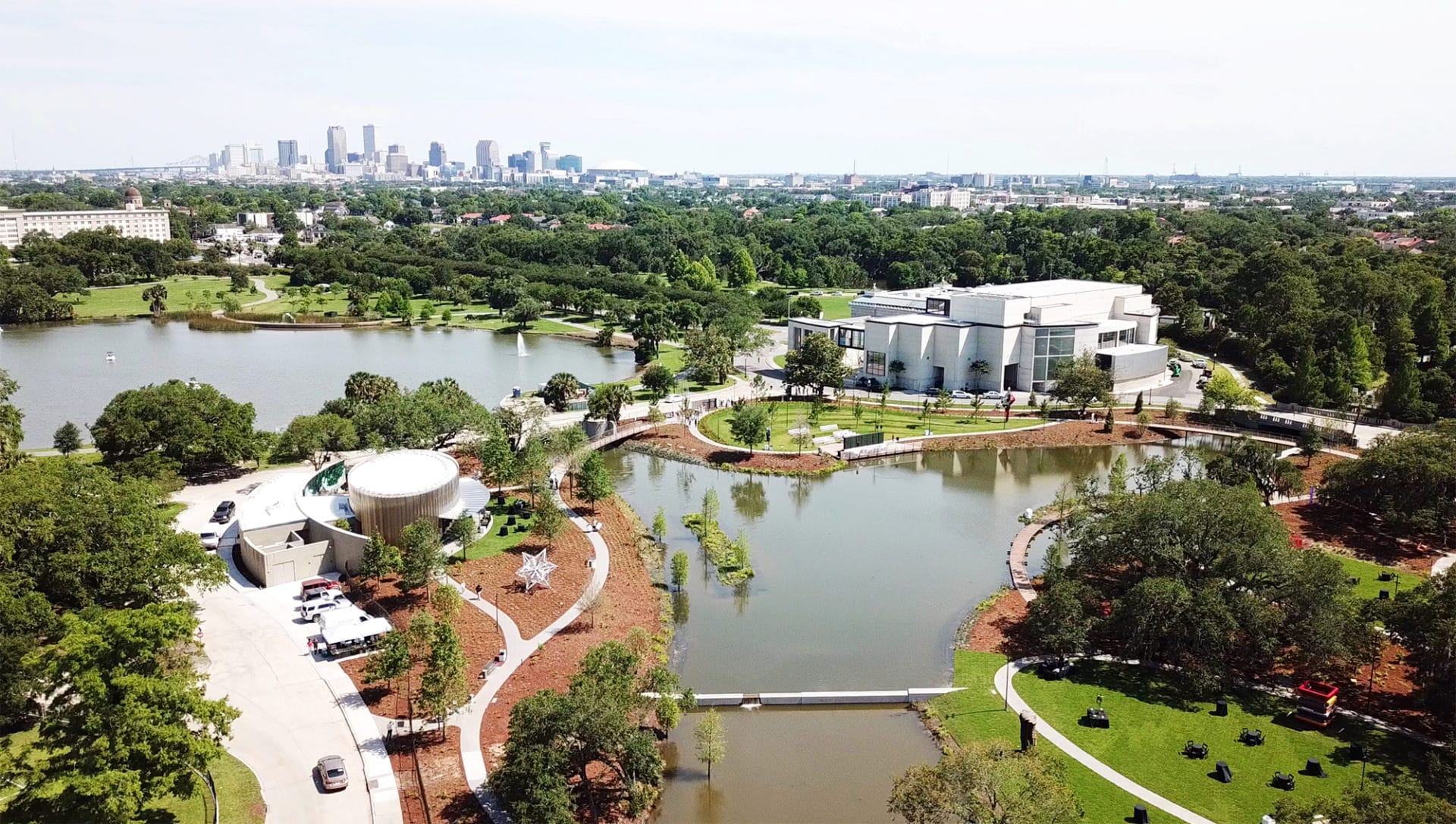 The improvements included the construction of a Gallery and Administration Wing on the east side of the pond. In addition, a network of pedestrian paths, boardwalks and bridges were   constructed to provide circulation throughout the garden and connections to the existing garden, museum and adjacent parklands. On-grade pathways extended throughout the development with elevated boardwalks provided to span over the surface of the water and above the roots of the existing live oak trees.

Other improvements included reclaiming a portion of the pond for an in-grade amphitheater and stage as well as the removal of an existing weir and replacement with two (2) new concrete weirs. A submerged walkway, or Moses Bridge, was constructed at the south end of the site connecting the new sculpture garden with the existing garden.